The city of Meridian, Idaho, just lost a lawsuit against the construction company that built its City Hall building in 2008–a lawsuit that will cost a total of nearly $4 million. One angry Meridian citizen decided to speak out against William Nary, the City Attorney, by painting some simple rants on some boards and attaching them to a trailer on the side of the road. Not only is their rant a little, oh, disorganized, but they forgot there is an “e” in “attorney.” 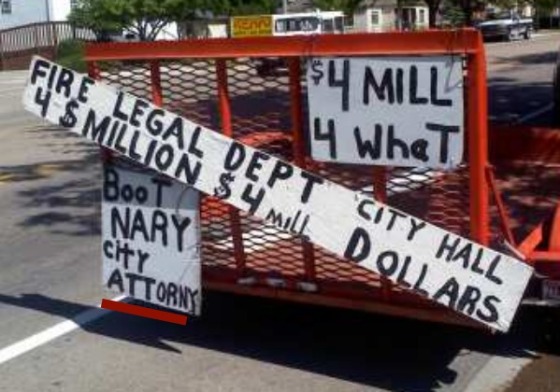